Fashion is forever changing. No sooner is something in than it is out again and brands that you might have thought were long gone can make a very successful comeback. 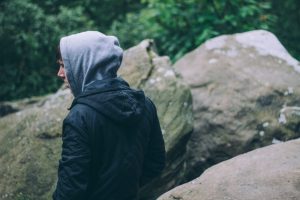 The sport and leisure brand Champion was established in the US in 1919 and produced mainly sweatshirts. It also supplied the US Military Academy with clothing for its physical training exercises. In 1989, the company started to produce sportswear for professional sports and college teams, including the Olympic basketball team for the 1992 games.

In the early 2000s, the brand was becoming less popular amongst teenagers and college graduates and was more likely to be associated with middle-aged dads who spent their weekends in baseball caps and trainers. An inspired marketing move saw the brand start to produce kits for the Premier League football team Wigan Athletic in 2008, which coincided with it becoming popular again amongst high school students. Since then, it has raised its profile and is currently one of the most sought-after brands on the high street, with price tags to match.

This trend towards retro brands and traditional styles has been inspired partly by the media coverage surrounding environmental concerns, with shoppers wanting to move away from disposable fashion. This has resulted in a demand for good quality, classic styles, such as Farah shirts from stockists such as https://www.ejmenswear.com/men/farah.

Celebrities often influence fans with their styles and fashion choices; in fact, there was no shortage of celebrities keen to be seen at London Fashion Week.

High-profile celebrities including Justin Bieber, Rhianna and the Kardashians have all been spotted wearing the Champion brand and can be credited with helping to make it one that is cool to be seen in. You can even find sought-after retro items selling for big bucks on secondhand retail sites such as eBay. As anything retro seems to be in these days, being seen wearing a cool brand’s retro style will make you look very on-trend.

Whatever your style, fashion will keep producing new looks and reintroducing old styles. If you are planning a clear-out, you might be wise to hang on to any branded clothes you think have had their moment – they could earn you some money in a few years’ time!