What is the history of the hoodie?

The hooded sweatshirt – or hoodie, as it is more affectionately known – is a staple item in many a winter wardrobe. 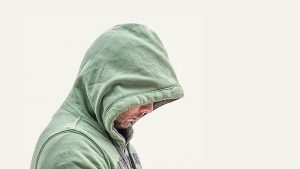 Aside from being a practical and comfortable item of clothing, the hoodie has a rich history – and it isn’t always a pretty one. Where did the hoodie begin? How has it evolved over the years? What are the positive and negative connotations behind our favourite item of loungewear?

Hoodies are thought to be an extension of the sweatshirt, which was created in the 1920s by pro-footballer Benjamin Russell Jr. Athletes needed something to regulate their temperature and absorb sweat during exercise. The comfortable, non-restrictive cotton material used to craft the first sweatshirt was ideal for this.

While the sweatshirt began as a simple pullover, it soon evolved to include a hood designed to protect athletes from the elements. Of course, many of these garments were worn in college and school institutions – the perfect settings for a practical item of clothing to become fashionable. Brands such as Lyle & Scott hoodies caught onto this and began embellishing hoodies with logos, slogans and designs, meaning the hoodie became stylish in addition to functional. 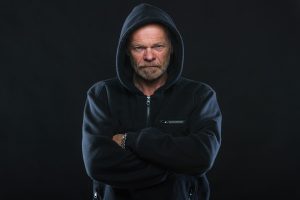 In the bustling hip hop era of the 1970s, hoodies were a popular choice with graffiti artists on the New York streets. For obvious reasons, the artists wanted to keep their identity secret and hoodies such as Lyle & Scott hoodies were a great garment for doing this. The same applied to skateboarders who wanted to trespass and skate in prohibited areas. Unfortunately, this was perhaps the beginning of the hoodie being associated with criminal and anti-social behaviour – so much so that certain areas within the UK looked at banning it for a while in an attempt to clamp down on undesirable behaviour.

Today, there is beauty and creativity to be found in graffiti artwork, sports, dance, music and their subcultures. We embrace them and all that goes with them. For this reason, and perhaps for its sheer versatility, practicality and comfort, the hoodie never has and probably never will go out of fashion. It can give even the blandest of outfits an urban edge when styled correctly, such as with a leather jacket, band T-shirt or baggy beanie.