Strangest Laws Still in Force in the UK

The UK is home to one of the oldest judicial systems in the world, and there are many law professionals like this Solicitor Gloucester based https://www.deeandgriffin.co.uk that train for years to learn all of the laws of the UK. However, because it is such an old system there still remain many bizarre and strange laws going as far back as the 12th Century in some cases! Here are a few of the UKs oddest laws…

It is not legal to handle salmon in suspicious circumstances. Surprisingly this law is relatively new – it was actually created in 1986 and was created to prevent people from selling fish that were taken illicitly, so that salmon fishing could only take place in areas that it was permitted in, and with a license, to stop trade of illegal caught fish which could do lasting damage to the ecosystem. So, although it is a sensible law, the wording makes it sound a little strange!

MPs are not to wear armour into parliament. Something that would certainly not happen in this day and age, this was a law that was passed during the reign of Edward II and was during a period of civil unrest and instability. This law was passed in 1313, and despite the fact that things have changed a lot in many ways since then, the law is still in force!

It is illegal to carry a plank along a pavement. This law came into place in 1839 in London and it also extends to other items that can cause annoyance such as ladders, poles and casks to name but a few. If you want to roll a cask or barrel along the street unfortunately that is also against the law. Other activities covered by this law include sliding along in the ice and flying a kite in the street!

It is illegal to flag a taxi if you have the plague. A law which will seem very relevant right now is this one, that was brought in to prevent the spread of disease and comes under the public health control of disease act of 1984. It actually states that someone is suffering from a disease (including the plague!) must notify the taxi driver so they can decide whether to take you or not. However, this rule only applies to taxis, not to buses! 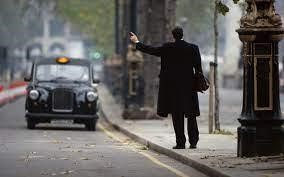