There are lots of cool facts about electricity that we may not be aware of. One of the most surprising things is that your heart beat is influenced by electricity. A doctor uses an electrocardiogram machine to diagnose heart conditions. A moving line shows the rhythm of your heartbeat and if it is off, it could be a sign of a heart problem. Electricity comes in many forms and is both a blessing and a danger in equal measure. Keep your electric meter safe with a new and secure Electric Meter box from Meterbox

The term “electricity” refers to the flow of energy in a circuit. It is the result of a chemical reaction. When a battery is charged with a certain current, a certain amount of energy is released in the circuit. Often, this energy is converted to heat. This process is called photovoltaics and it’s also used to power electronic devices.

Solar panels, or photovoltaics, are an example of renewable energy. These devices convert light into electricity. They do this by exhibiting the photoelectric effect, which means that when they absorb light, they release electrons. These electrons are converted to electrical current. The energy that these cells produce is clean and renewable. A few different types of solar panels are available, including those that are built into buildings and those that are mounted on the ground.

Electricity was first used in the 19th century. The process was based on gravitational and electromagnetic interaction. The power of light is 6 million times more powerful than the power of any natural resource. This was the first time that electricity was created. A lamp powered by water was a pioneer in electricity production. Solar panels were soon developed from this discovery. There are also many other cool facts about electric current. You might be surprised by some of them. 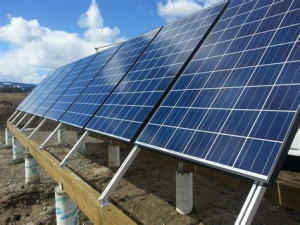 In the past, electricity was produced by the use of a simple lamp in a country house in Northumberland. In fact, it was used to power an early phone in the early 20th century. There are many other interesting facts about electricity.