Ancient Tales to Enjoy This Halloween

As we head rapidly towards Halloween, it is a good time to recall some of the stories of old and the myths and legends that came from the pre-Christian religions in Europe. Halloween is actually a day that Christians adapted from the people of Europe such as the druids – known as Samhain. It was the day when the veil between the worlds was said to be at the thinnest, the celebration of the end of the harvest cycle, and a time when contact could be made with ancestors of the past.

Fires were lit on the hillsides to give thanks to the earth for the bounty of fruits, nuts and grains that were now being harvested for the long winter months. Folklore and magic have stood the test of time, and here are a few of those beliefs from long ago…

The Wild Hunt – This is an intriguing story that is known all over Europe. It can vary slightly from place to place, but generally, it was believed that the wild hunt was led by a god such as Odin for example (of course this varies from country to country, depending on the deities there). The wild hunt was a spectral group of riders and hounds who were said to foretell great disaster if they were seen by a human. Usually seen in the depths of winter when the weather was at its worst, it was once documented by many witnesses that the wild hunt was seen making its way through the woods all the way from Peterborough to Stamford. 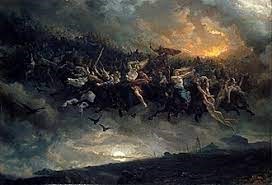 The Mysterious Trees – As nature was at the centre of all the old European religions it is little wonder that the trees had many tales about them. Nowadays, trees are valued for things like these Timberpride oak extensions, but back then they were worshipped for their great knowledge and various qualities. The oak tree for example was a sacred tree, and the legend of the Holly King and the Oak King says that the oak defeats his foe the Holly king on the shortest day and returns the light and fertility to the earth. 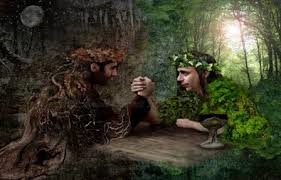 The Selkies – One very intriguing story is local to Orkney and the surrounding area, and it was long believed that there were creatures known as selkies living there. What is unusual about them however is the fact that they usually took the form of a seal, and every so often would slip out of the sea, come onto land and then become human. There are tales in Orkney of people who had a selkie lover and gave birth then to children. It was said that if a woman were to seek a selkie lover, then she should go to the shore at high tide and shed seven tears which must fall into the sea. This then would allow the selkie man to come ashore.